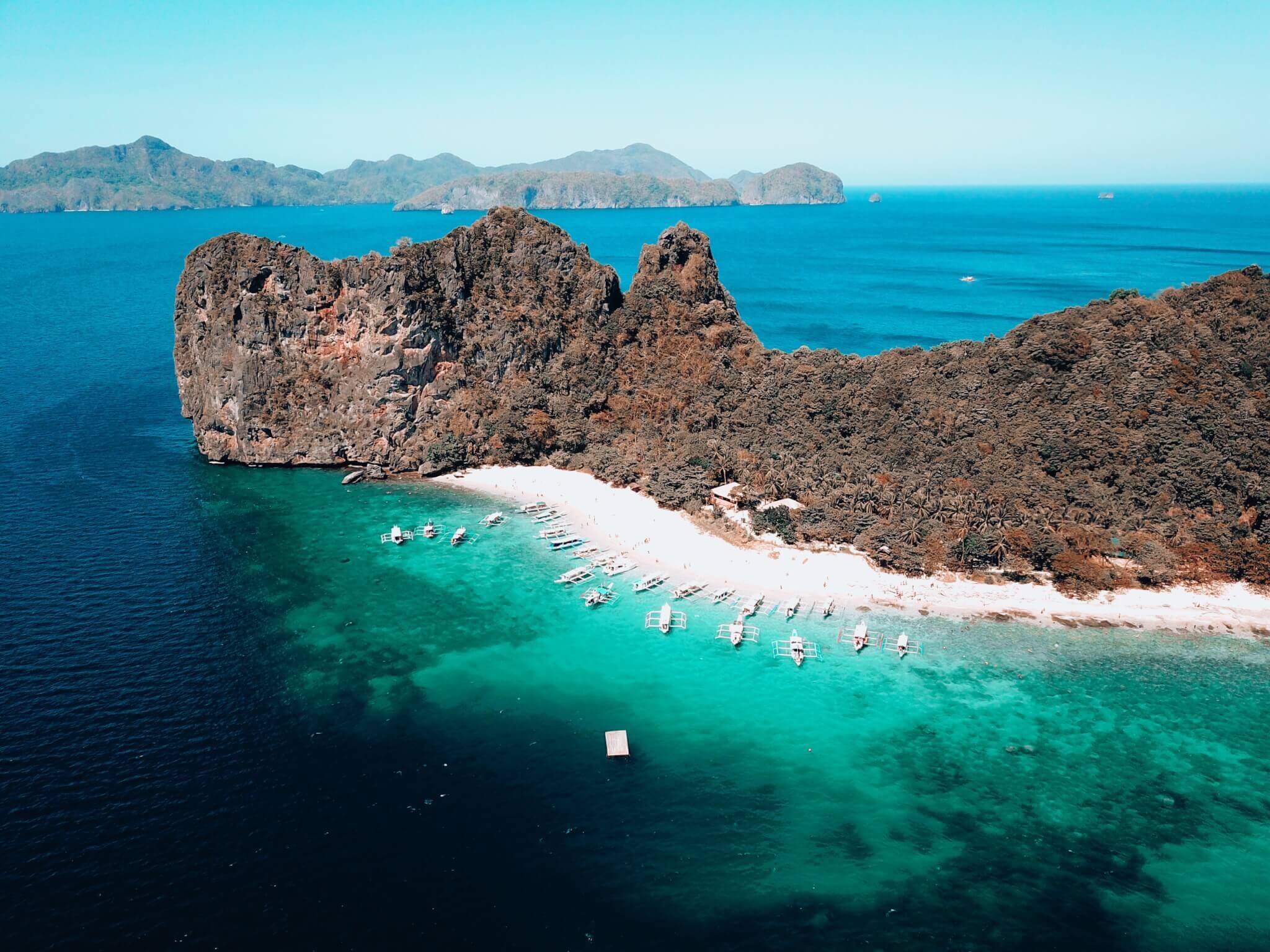 I have never been to a place quite so beautiful. If you have never been lucky enough to visit the Philippines, I hope this blog post persuades you because WOW, it is something else.

I was travelling in Australia when I booked the Philippines, it’s a great place to stopover on the way back to the UK and somewhere that I had heard a lot about. It was definitely on the travel list of places that I wanted to visit.

Flying from Sydney to Manila was the cheapest and easiest route to take for me. I decided to stay in Manila for the night so that I could catch a morning flight to Puerto Princessa which is the largest airport on the island of Palawan in the morning.

TIP in Manila: Grab app is the same as Uber and is super cheap. You can access the app in any large Cities in the Philippines. Cash payment or you can top up on the app.

TIP: There are flights from Manila to El Nido but usually have to book them quite far in advance because they get fully booked.

We headed to our accommodation which was El Gordo’s Adventures and Guesthouse – we initially booked 2 nights but ended up staying 3 as it was in such a beautiful location. If possible, book the room at the front of the house as you get your own balcony with an amazing view of El Nido.

We headed for evening drinks at Sava Beach Club and ate at Tuk Tuk Thai Restaurant – both situated on the beachfront and a perfect way to spend the evening after a day of travelling.

Today we decided to explore a little around El Nido and the beaches further north from the town. We hired a moped for 500 peso (£7.30) and drove to Nacpan Beach (40 minutes drive).

Initially we wanted to explore a lot today but were super tired we ended up spending the whole day at the beach until sunset! We had a coconut for 100 peso (£1.45) and a massage for 300 peso (£4.35). Nacpan beach was really beautiful and I definitely recommend visiting! There’s also beach huts you can stay in right on the beach for 1230 Peso which is equivalent to £18!!

TIP: Other places to visit in this area are: Lio beach for sunset, Nagkalit-kalit Waterfalls, Bucana Village, Duli Beach and Las Cabanas for sunset.

A boat trip in El Nido is a must. It is pretty much the only way to see some of the beautiful and untouched surrounding islands of Palawan.

We did Tour C which included Helicopter Island, Secret Beach, Star beach, Matinloc Shrine and Hidden beach. I’ve heard amazing reviews about Tour A and B too. The trip was 1200 peso each (£17.67) for full day with lunch included. You jump on board a lovely Filipino boat with around 20 other people – so not too crowded which I loved.

Helicopter Island is, you guessed it, shaped like a helicopter and was our first stop on the trip. It was BEAUTIFUL. I have to say, the Philippines is probably one of the most beautiful places that i’ve seen and the fact that the islands are super untouched and have hardly any tourists has a big part to play in this. We stopped here for about 40 minutes before heading off to Secret Beach.

Secret Beach was amazing. You moor up just by the rocks at the entrance of a small opening. You swim through the opening (make sure you snorkel it as there’s lots of fish!), you are then welcomed with an amazing lagoon of water and a secret beach!

Star Beach is where we stopped for lunch. Another beautiful beach where you can swim around the rocks and see lots of fish!

Matinloc Shrine was our fourth stop of the day – an optional small fee visit to see the shrine and a short walk up to a viewpoint.

Hidden Beach was our last stop of the day and my favourite. The boats moor up, you jump off a swim around the rocks and are faced with a huge opening between two rocks. You walk through the shallow waters, which are completely crystal clear, and end up at a beautiful private beach.

If I had more time in El Nido I would have definitely done another trip – possible Tour A as I would have loved to see the Big and Small Lagoons.

For dinner we headed to a well raved about restaurant Trattoria Altrove – a must visit here but make sure you either pre-book or turn up early as it gets very busy!

The ferry service is the most efficient way to travel between two of Palawan’s most visited tourist destinations, El Nido and Coron.

Pre-purchase a ferry ticket from any of the local tour shops for the El Nido – Coron Ferry (1800 peso – £25). It takes around 3.5 hours and is an air conditioned boat – there are other means of getting to Coron but I found this to be the most efficient and easiest as the ferry port is right on the beach front of El Nido.

El Nido is definitely a town you could spend 5 or so days and feel like there’s still more to explore. The best way of getting around is via moped/motorbike.

Make sure you check out my Siargao, Moalboal and Coron Itinerary!

How to Plan a Photoshoot

Your message is successfully sent...